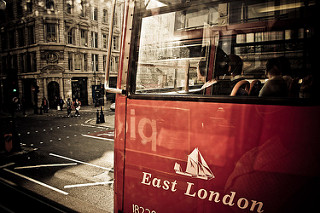 If you’ve never read John Irving’s A Prayer for Owen Meaney, this post contains a Spoiler. (That’s when someone reveals the end of a book or movie to you, which spoils the surprise.)

Well, it’s true what they say: the older we get, the more like our parents we become.

Take me, for example. My family motto is ,’Only virtue ennobles,’ and one of the virtues I like to to think I have – and I don’t have many – is common courtesy, something that my folks are big on too.

I will give up my seat for a lady or for someone who looks like they need it more than me. To be honest, it makes me feel good – and it’s almost as if in doing it, I’m casting my eyes heavenward and saying, ‘See God, I’m not such a bad guy. No need to give me some awful disease.’

(Google Pascal’s Wager for more on this self-delusional way of thinking.)

Consequently, I find discourtesy loathsome – and nowhere more so than on the bus. In particular, I find the all too common practice of people on the back seats putting their feet up on the opposite seats to be unacceptably inconsiderate. And when I say ,’Unacceptably,’ I mean just that: I refuse to accept it.

That’s why I always make a point of telling whoever it is, young, old, tiny, massive, friendly or psychotic-looking to put their feet down.

Therefore it’s just a matter of time before I tell the wrong person and I get killed, yet even that knowledge doesn’t and won’t stop me in my crusade.

So unlike Owen Meaney, I’m not sure exactly when I will die, but like him, I do know how. 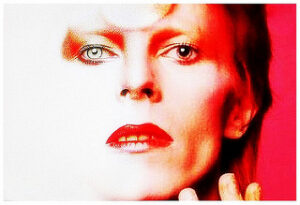