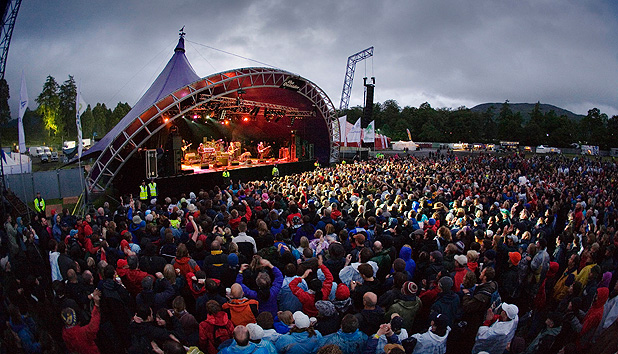 After the gorgeous weather we had last weekend, Londoners were left craving for more. Spending summer in London is a unique experience. The combination of sunshine (well… let’s be positive, shall we?), the greenest parks, and good music provide the perfect setting for some of the world’s biggest and best urban music festivals. All tastes are catered, from the classical music connoisseur to the indie rock aficionado. We have shortlisted the best options for an unforgettable musical summer:

For: The East London Hipster inside you

Summer starts with Field Day, the hipsters’ paradise! Over the last few years, this has become one of the best festivals in London, bringing some of the world’s most impressive alternative acts. Metronomy and Pixies are the headliners this year, joined by Neneh Cherry, Warpaint, Jamie XX, Jon Hopkins, SBTRKT, Temples, Sky Ferreira… oh, the list goes on forever.

For: Camden lovers and quirky-pop fans

Where: Various venues in Camden

Camden Crawl changed its name to CC14 but its essence remains the same. Taking over 25 stages in London’s beloved borough, it resembles the pubs crawls Camden is famous for. You buy a wristband and then crawl around the different venues for your favourite acts. The line-up is much broader than the usual indie, rock and pop. Iconic venues such as Koko, Roundhouse, the Electric Ballroom, and the Jazz Café will welcome the quirky likes of ABC, Of Montreal, Yuck, Au Revoir Simone, Atari Teenage Riot, and many others.

For: Rock dinosaurs and classic-pop darlings

If your taste in rock and pop asks for a more classic line-up, this festival has been tailor-made for you. Headliners Aerosmith and Stevie Wonder are joined by Richie Sambora, Jack Johnson and Paloma Faith for a weekend which will please you, your dad, and maybe even your grandma…

Over the course of two weekends, BST takes over Hyde Park with some impressive names this year. Arcade Fire open the festival majestically just after their Glastonbury performance. They are then followed by headliners Black Sabbath, the return of The Libertines, McBusted, Neil Young, Tom Jones and many other supporting acts. All of this in the heart of London, just a tube-ride away from home. Brilliant!

The BBC Proms is an eight-week classical festival, with concerts every night until September. You can book tickets in advance through their website (a bit more expensive) or just turn up on the day, queue, and pay £5 for one of the 1400 standing tickets. It comes highly recommended for all music lovers. Seriously!

For: The contemporary and sophisticated cider drinker

We all love the Somerset House. It’s just so beautiful! And that makes it the perfect venue for such a stellar line-up. The neoclassical building will nest some of the most contemporary artists playing outdoor concerts, just a stone’s throw from our school. Expect the likes of CHVRCHES, Bastille, Kelis, Franz Ferdinand, Little Dragon, and Daughter.

For: Cool kids into fashion and party animals

Lovebox can be actually called a music boutique, bringing a wide and varied audience together for a weekend of love in London. It should be one of the highlights of the summer, headlined by guerrilla rebel M.I.A. and Chase & Status. Other confirmed acts are Nas, Crystal Fighters, Katy B, Mount Kimbie, The Horrors, Bonobo, Moderat, Woodkid, and more.

For: The coolest kids with outstanding taste in music

A brand new festival for London music lovers, organized by All Tomorrow’s Parties, Primavera Sound and Pitchfork. Need I say more? If that were not enough to grab a ticket, electronic genius James Blake and indie-folk institution Neutral Milk Hotel top the bill of this brand new music heaven. Caribou, Darkside, Kurt Ville, Forest Sword, and Mutual Benefit are some of the artists that will make this an unforgettable start.

For: Dancing robots with hearts

The summer ends on a high electronic note, with Deadmau5 headlining the festival at the last bank holiday weekend of the year. 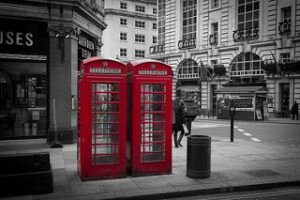 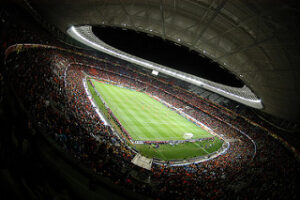 Where to watch the World Cup 2014 in London