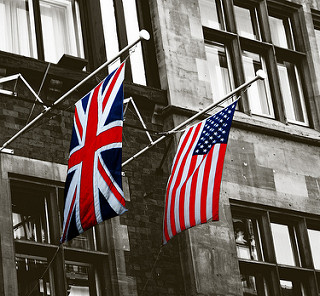 One of the many interesting things about language is to see how it has evolved. One of the easiest ways to see this is by looking at the differences between British English and American English. Although the vast majority of the vocabulary is shared, there are a few variations that are important to know if you’re travelling to the UK or the US, or are speaking to someone who comes from either. Here are a few words that could make a conversation between and American and British person a bit confusing:

Chips vs Crisps vs Fries
Asking for chips in a restaurant in the US will really confuse your waiter. Chips to Americans are what crisps are to British people – a packet of crunchy potato snacks. French fries (or just fries) are the American way of saying chips, although if you ask for fries in England people will know what you mean.

Cookies vs Biscuits
If you’re eating a biscuit in the UK, you’re eating a sweet hard baked snack like a custard cream or a digestive. If you’re in the US, a biscuit is more like what the Brits would call a scone, and is softer and more savoury. Americans would describe all the varieties of British biscuits as cookies, whereas in the UK a cookie is a specific type of biscuit and can be either hard or chewy.

Flapjacks vs Pancakes
In the US, a flapjack is basically a small, thick pancake, usually served in a big tasty stack. In the UK, a flapjack is a treat made out of sugar, honey and oats. They’re dense and chewy, more like what Americans would call granola or breakfast bars.

Pants vs Trousers
This one could potentially cause some embarrassment. In the UK the item of clothing you wear on your legs are called trousers. In America they’re called pants. Simple enough. But in Britain, pants means underwear, so if an American compliments a Brit on their pants, they might think their underwear is showing.

Sneakers vs Trainers
There’s actually a technical difference between sneakers and trainers, but we don’t want to get too complicated. What you actually need to know is that in everyday usage, rubber shoes (usually for sports or casual wear) are called trainers in the UK, and sneakers in the US.

Braces vs Suspenders
In the UK, braces are the elastic straps that go over your shoulders and clip onto your trousers to hold them up. They call these suspenders in the US, but in the UK suspenders are what a woman might wear on her thighs to hold up her stockings. To make things even more confusing, braces are also the wire device used to straighten your teeth (both countries use this).

Read more about American vs British differences in Part 2. 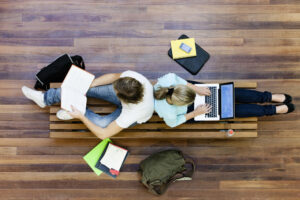 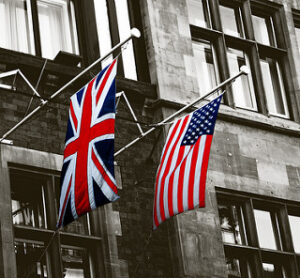