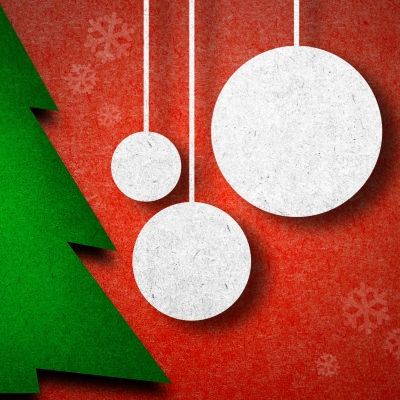 Many of us will still be working on Christmas Eve but not until very late. Shops will close earlier because there will be reduced service on tube and buses from mid-afternoon. At midnight, it should stop completely. As there is no transport service on Christmas Day until mid-morning of the 26th, the best thing to do is to go straight home, or to the friends’ house you will be spending Christmas with. Don’t leave your Christmas shopping for the very last minute because all shops and supermarkets will be closed, too. Make sure you and your friends have enough food and entertainment for the festive season. And choose carefully the friends you will spend Christmas with. You will be with them for quite a long time 🙂

In the UK, Christmas dinner is served in the afternoon on 25th December (and not in the evening of the 24th, as many other countries do). As soon as you wake up, just start cooking. If you go for the traditional Christmas dinner, you might need some help. As soon as it’s ready, time to eat! If all goes according to plan, your dinner will be served at around 3pm, the exact same time as the Queen’s speech on television – another Christmas tradition. Don’t worry about the TV channel, as it will be aired in all of them. If you need help deciding on the menu, this is what a British Christmas dinner usually consists of:

Roast turkey – although other poultry such as chicken, goose, and duck are also considered. Make sure there is plenty of gravy on the side. Lovely! You might also want to get some stuffing, which is a mixture of bread crumbs, meat and vegetables to go inside the turkey before roasting.

Roast potatoes, carrots, and parsnips: if you are spending Christmas with a British host family, it is very likely that lots of effort will be put to make sure the potatoes and other vegetables are soft on the inside and crisp on the outside. If you are feeling adventurous, add Brussels sprouts to the list. Some people love them, some others hate them. You never know…

Pigs in blankets: Small sausages wrapped in bacon. They could be served as an accompaniment to roast turkey, or maybe as an appetiser. You can find them pre-cooked in most supermarket, saving you time on the actual day.

Cranberry sauce: no, it’s not sweet! The cranberry sauce in the UK is slightly sour-tasting. You could also buy it at the supermarket but it’s a lot more fun making your own, and it won’t take too long. You can find the recipe here.

Christmas pudding: The pudding is made of many dried fruits held together by egg and molasses, with added cinnamon, nutmeg, cloves, and ginger. There are alcoholic versions with brandy, which will make you and your guests quite jolly. It goes very well with cream. Hmmm!

Mince pies: By now, you might have seen the popular mince pies in every single café in London. Originally containing meat inside, they changed over the years and are now filled with dried fruit and spices.

Christmas crackers: These are not for eating, apart from having the name ‘crackers’ on it. It is a tube made of cardboard and decorated in bright colours. The cracker should be pulled by two people at the same time, revealing its content (usually small toys). The person holding the longest bit of the cracker keeps its content.

After being confined home for more than 24h, it’s freedom time! All shops reopen on Boxing Day with massive sales. Be there early to have access to the best offers. It could get wild! If Santa brought you something you didn’t really like, you will have to wait a little bit more to exchange it, as shops will only process refunds and exchanges in January.

You will clearly not need to worry about cooking, as there will be plenty of leftovers from your Christmas dinner. If you are not a shopaholic, it is just a perfect day to lazy around the house, catch up with your friends, or even with that TV series you’ve been meaning to watch. Maybe a long walk on your local park will help you burn all calories you accumulated over the past days. 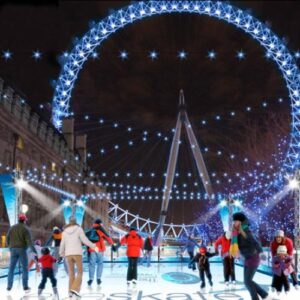