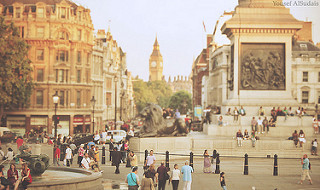 For the international student there may be few global destinations to rival London for the breadth of the cultural hotspots that it’s home to. With so many attractions to see, activities to undertake and culture to be completely immersed within, you may have a hard time of fitting it all in to even the longest of placements. So here we’ve whittled down the cultural hotspots within London to six of the most enlightening, intriguing and absorbing of all.

1. London: Royal style
Get your regal wave perfected before you to take the top of an iconic red tour bus (that’s if the infamous British weather holds out, otherwise you may be making use of the tour supplied golf umbrellas).
Royal pit stops along the regal tour track include St. Paul’s Cathedral, Buckingham Palace, Big Ben, the Houses of Parliament, Westminster Abbey, Kensington Palace, the Royal Albert Hall and Trafalgar Square.

2. The London Eye: A dizzying view of the City
Hopefully you have a head for heights as the London Eye provides for panoramic views of the City of London; it’s truly the best place to see the city outside of the Skyscraper restaurants that come with equally as sky scraping Al La Carte costs.

3. The (many, many) museums and art galleries
For those who have a heart for history there are more museums within London than in any other city in the world, coming in with a total of 162. These include the Science Museum, the Natural History Museum, the Victoria and Albert Museum and the British Museum; and for those with an addiction for art there is the National Gallery, the Saatchi Gallery and the Tate Modern to explore.

4. The West End: Home to more theatres runs and luvvies than anywhere else in the world
Theatre has formed a part of London’s rich tapestry of culture since the age of Shakespeare and today the West End is home to almost 300 shows each and every year.

5. Street markets with eclectic offerings and food stuffs that range from sumptuous to scary
Street markets are in rich and varied supply within London and are home to entertaining market folk and bargains a plenty. Key markets within the city include: Broadway Market – Hackney E8 (Saturdays 7:30am-6pm); Netil Market – Hackney E8 (Weekdays and weekends); Maltby Market – Bermondsey SE16 (Saturdays 9am – 3pm) and Borough Market – London Bridge SE1 (Lunches, Fridays 12-6pm and Saturdays 8am-5pm).
Let’s hope that you have a cast iron constitution and a bravery for cultural cuisine, as the City’s beloved dish of Jellied eels awaits within the hustling bustling markets of London; then again, for those with a pickier palette, there’s always a traditional dish of pie and mash to look forward to.

6. London and laughter: A City for chuckles aplenty
The Comedy Club scene within London is incredibly diverse, ranging from the chaotic (at Shambles on Fortress Road) to the purpose built venue and seriously smooth Comedy Store on Oxendon St.
Further Comedy venues include: Laugh Out London (in Islington, Camden, Victoria Park, Stoke Newington and Brixton); The Invisible Dot Ltd (on Northdown Street); Knock2Bag (West on Hopgood Street and East on Bethnal Green Road) and Piccadilly Comedy Club (on Oxendon Street). 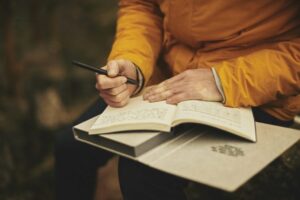 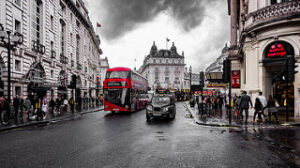