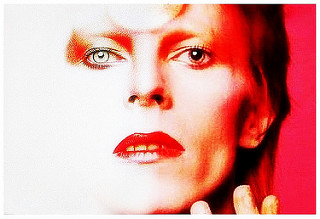 Last Tuesday was the 66th birthday of the coolest Londoner of all time, bar none; Mr David Robert Jones; born in Brixton, brought to Bromley at 6 and made quite a name for himself by changing his name to Bowie….

From the age of 9, London fascinated me; 66th Birthday of Coolest Londonernot so much for the culture and history in which it is steeped, but simply because it was where Bowie came from. Was there something in the air? Do you have to be surrounded by London’s buildings, breathe its air, ride its tubes, drink its water to be inspired as he was.

I think that the biggest disappointment of my like was that when I finally made it to London for the first time (when I was sixteen) that I didn’t meet him on the streets. Believe me, I did look for him….

He’d had a heart attack in 2004 and not much had been heard from him for a decade. When he didn’t appear at last year’s breathtaking Olympic Opening Ceremony, when the show was there for him to steal-just as he’d done in 85 at Live Aid – there seemed to be an air of finality about rumours of his retirement.

Like millions of others, I thought, ‘Well, that’s ok. Let him enjoy it. I’m glad he’s rich, I hope he’s happy. He’s got a beautiful wife, with whom he seems to be blissfully content (The Somalian supermodel, Iman) and is raising a daughter (Lexie) in New York. Thanks for the memories Ziggy.’

Then, out of nowhere, on his birthday, comes a new single, with an album to follow in March. No publicity, no advertising campaign, nothing.

Not since poor Amy Winehouse passed away have I seen the internet catch fire in such a way. Needless to say, by 7.10 am, I’d downloaded the haunting, elegiac Where are we Now and I wasn’t alone; by midday, it had topped the iTunes download chart and on Sunday, confirmation came through that it had charted in the top ten.

This is unprecedented in 2013 and to see the boy from Brixton bucking the trends and still cutting it as an artist after all these years is simply amazing. The new album is due in March. If HMV can survive that long, I’ll be first in the queue…. 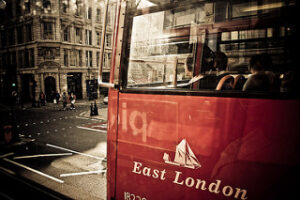 A Glowing Report From The ISI