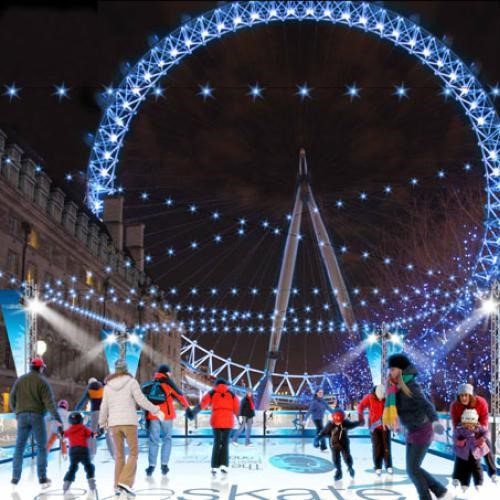 Ice skating is one of London’s favourite winter pastimes. Whether you can dance on ice like a professional or look like Bambi learning to walk, the capital’s outdoor ice rinks are some of the most magical locations you’ll see this season. Our guide shows the best seasonal ice rinks open in London during winter and Christmas 2014 and into early 2015.

Somerset House Rink / until 11 January 2015 / Tickets from £12.50: We could not expect anything less glamorous here. Being the home of London Fashion Week, the Somerset House Rink is sponsored by department store Fortnum & Mason, one of the most traditional in the UK. Regular skating sessions run during the day for families. As soon as the sun sets, DJs from Ministry of Sound and Ibiza Rocks provide the perfect soundtrack for adult-only evening sessions.

Canary Wharf Ice Rink / until 28 February 2015 / Tickets from £14.50: Canary Wharf has been trying to ditch the cold financial centre image by bringing one of the warmest attractions this winter. It’s also opened until later this year, until end of February. Food and drinks come from Camden restaurant Q Grill, serving barbecue food, cocktails, craft beer and hot chocolate.

Natural History Museum Ice Rink / until 4 January / Tickets from £12.65: On its 10th year now, eighty thousand fairy lights will light up the magical beauty of the Natural History Museum along with a massive Christmas tree and a chalet serving Lindt chocolate. There is a huge main rink, and also a smaller one for children and beginners.

Ice Skate Vauxhall / until 4 January / Tickets from £12: Vauxhall Pleasure Gardens has been hosting London entertainment since the 17th century but it’s the very first time they actually welcome an ice rink. They also have an amazing Christmas tree maze (ticketed separately), which is big enough to disorient anyone!

Eyeskate at the London Eye / until 4 January 2015 / Tickets from £9.45: This rink is situated in the shadow of the London Eye, proving some of the best sights in London. You don’t need to book a flight on the London Eye, but they have promotional tickets to attend both. Extremely pretty at night! 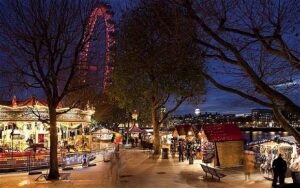 Your guide to the festive season starts here! 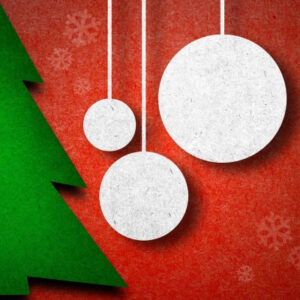