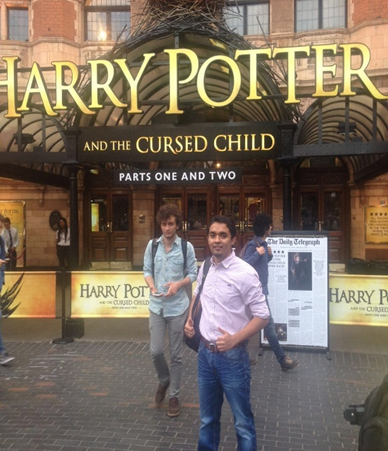 About my English language journey

In today’s global world, the influence of the English Language cannot be ignored or disregarded as English is taking over the world. Throughout the last and this new century, English has played a fundamental role in plenty of fields including medicine, engineering and, of course, education. Likewise, learning English is a real milestone in my life whereby I will make my dreams come true. However, my English language journey is far from over.

I found similarities between English and Spanish

During these last 6 months in London, in order to enhance my English, not only did I discover the huge wealth of English grammar, but I also found out a large number of similarities between English and Spanish. This helped to encourage my learning. For instance, no sooner had I arrived at the Heathrow airport than I listened to a native speaker talking with his friend, stated “to strike while the iron is hot”. I still have to recognise I did not understand at that moment what the meaning was.  Having learned this meaning, I gathered that both English and Spanish speakers are prone to use proverbs or sayings to emphasise our ideas.

Looking back on previous years, many memories come to my mind, for example, I felt an inferiority complex owing to not being able to overcome my fears to speak and listen to English language well enough, despite being acceptable at English grammar. It was absolutely frustrating and dispiriting being unable to engage in meaningful conversations, namely at the dinning table of my house, where I live with a native speaker. However, little by little, I was getting used to it and as the saying goes “practice makes perfect”.

Most inspiring place in London

It is said that learning is a journey, not a destination. In my humble opinion, that is quite certain because, for example, along this journey there has been a picturesque place that allowed me to flourish in my English learning process, which is the British Library. I truly believe that its peaceful and magnificent atmosphere was what inspired me to study harder when I had spare moments. Moreover, I could listen to conversations among native speakers so as to comprehend what they was talking about and sometimes, I might strike up a chat and exchange languages with them.

Eternally grateful to my school

Should I be eternally grateful with another fact of priceless value in my learning, it will be my English school, The English Studio. There are several reasons I am grateful. Firstly, most of their teachers are willing to share their knowledge and experience in a friendly, warm and clear way. Besides, they promote the respect of religious freedom and freedom of speech. Secondly, students from other countries can swap information about our nations and learn more about our cultures. Finally, the multiple social events organised by the school helped improve in my English skills considerably.

In conclusion, as Gandhi once said “Be the change you want to see in the world”, and as far as I am concerned, this journey is a once-in-a-lifetime experience that has changed lots of aspects of my life. In addition to this, learning English would allow me to reach one of my biggest long time goals, which is to be able to give speeches in international medical conferences.

Nevertheless, it is unreasonable to expect to be perfect so soon, even though I am on the right path and I am hugely grateful for the opportunities that London opened for me.  Long Live London! 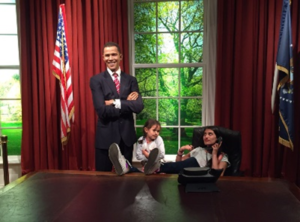 Why I decided to learn English – Laura Ramírez 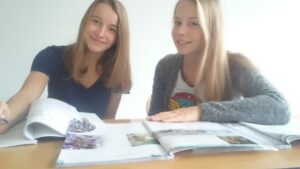 Why did I decide to learn English? – Anna Boučková